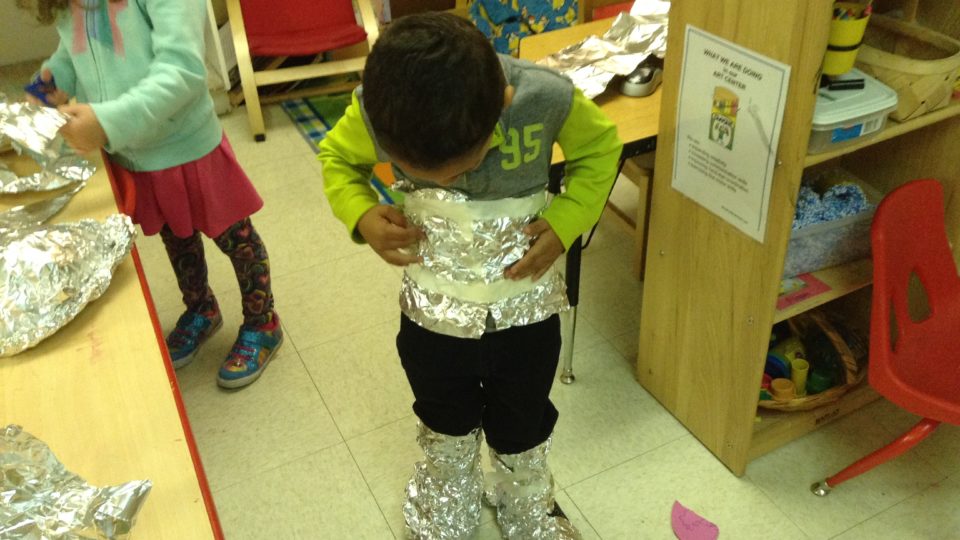 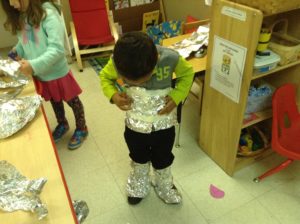 What would happen if you gave a room full of children 300 feet of aluminum foil? In a recent classroom experiment, we did just that. Excitement and ideas flowed around the room. Children had the freedom to create what they wanted and use the foil in as many ways as they could imagine. They made boots, hats and masks. One child decided to make a mermaid tail. Although the activity level was high, so was the concentration and involvement.

When the time came to go outside to the playground, the foil came with them. They wore their costumes, created bags for collecting seed pods and wrapped their bikes in foil. The foil became so precious to them that many children collected scraps and stowed them away in their cubbies for future use.

With all of the planning that goes into curriculum and all of the ideas on Pinterest, blogs and other websites, sometimes the best activity is the one most open ended where children have freedom and can express their creativity with no agenda.

Send this to a friend